We Almost Had to Sell the Farm Over... 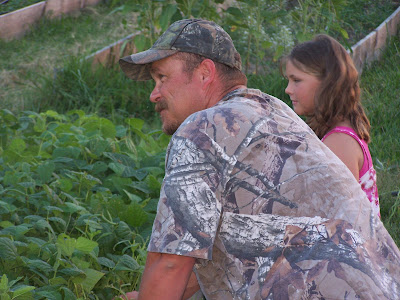 My husband is usually a pretty easy keeper. He is easy to get along with if you overlook him for the first hour after he wakes up from sleeping. It is very seldom that we exchange cross words with one another. However if cross words are going to be exchanged, it is usually in the first 15 minutes of his morning. This past Sunday morning was no exception. I left early to head to Walmart before church. I was responsible for bringing 10 gallons of tea to a church picnic and I needed to purchase that and a few other things. While I was at Walmart, I made a decision. I was standing in the aisle with the frozen breakfast and I decided to purchase some Toaster Strudels. This would be a treat for my kids and it would help me make sure I had time to get everything done before leaving for church. Knowing full well that Michael doesn't like sweet starts to his day, I also purchased some Toaster Scrambles which was sausage, eggs, and cheese. I was satisfied. Upon arriving home, my daughter met me at the door and helped me carry in the groceries. She was thrilled to find toaster strudels. Bingo...she was happy with my treat for her. Then came my husband. He picked up the box of Toaster Scrambles and that was were the day got funny. He read the ingredients.... "How can they possibly put sausage and eggs in a box"??? He also read the part that said cheese sauce which in his mind was a disguise for something other than cheese. He started in and it took everything inside of me to keep from laughing out loud. "Well, now... You might as well sell the farm now that you are serving this processed "food". Perhaps we could just have the Schwan's man deliver all our meals in our nice new neighborhood because we don't need a farm if this is what you are going to serve for breakfast"!!!!

A little melodramatic don't you think...3 boxes of Toaster Strudels doesn't exactly constitute a reason for selling an entire farm. After having a cup of coffee, he did come back to his senses. He ate the toaster strudels and all was once again well here on our little farm in East Tennessee. Mental Note: NEVER by Toaster Strudels or Scrambles again. It just ain't worth it!!!
grace and peace,
julie
Posted by TnFullQuiver at 11:03 AM

Thanks for the advice.;)

Too funny! That man takes his breakfast foods seriously, huh?!

Thanks for the giggle. At my house, it would be ME reading the ingredients and wondering why we grow our own food. =)

I love that you take it all in stride, and even see the humor in it.

My husband is only grumpy when he's hungry. He probably wouldn't think twice about eating your Toaster Scrambles.