A Glimpse Into My Heart 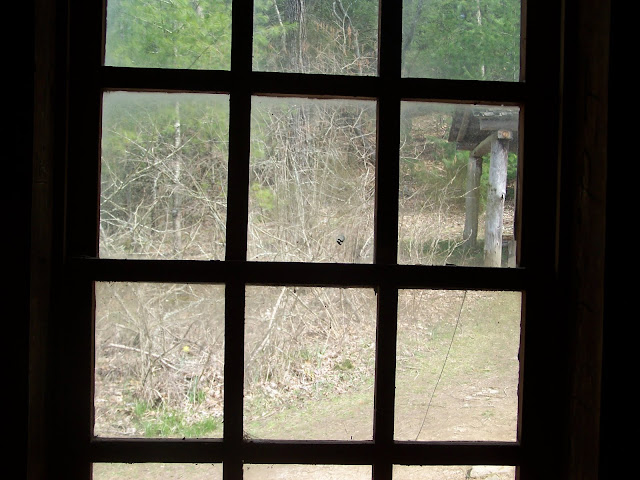 Our jersey cow ended up not making it.  Last night brought much hope, but it was evident today that she was beginning to suffer.  Michael and I both agreed that we would do our best to treat her unless she was suffering.  The minute he realized that was the case, he ended her battle.  I was thankful because it was taken care of while I was in town with my daughter for ballet.  Before I got home, he called to tell me that she was gone and he had cleaned up the barn.  He also fed the new baby calf so I wouldn't have to go back to the barn this evening.  I was thankful that I wasn't around for such an unpleasant task.  I  was also thankful that my husband tried his best to make it as easy on me as possible.

This is the part of farm life that I really could live without.  However, you have to take the good as well as the bad in life.  As a child, I was always annoyed that roses came with thorns. I was also annoyed that blackberries came with thorns as well.  I quickly learned that if I wanted the beauty of the rose or the sweet taste of the blackberry, I would have to learn to deal with the thorns.  That too has become my conclusion of living  life on a farm.

grace and peace,
julie
Posted by TnFullQuiver at 8:15 PM

So sorry for your loss. Good luck with the calf.

I'm so sorry Julie ((BIG HUGS)) and I hope the baby does well.

Oh this is terrible news. I am so sorry. I know how you feel. Last spring we lost our pregnant goat. She was ready to kid. It was awful. Yes, I agree, that is the part of farm life that I could do without as well. I'm sure that new calf will get lots of love.

So sorry for your loss <3

I am so sorry.

I am sorry Julie. It stinks and I know it. Big hugs to you.

i am so sorry! hugs to all of you and "i know" a hug to the little one left behind (calf)

My heart aches with yours. I was so hopeful she would pull through. I agree, the thorns have been the hardest part about adjusting to farm life.

i am sorry for the loss of your sweet mama cow :-(

Thank y'all so much. It means a lot to me!

While it is sad that you lost your cow, I feel you should look into a better feeding and fencing program. By accident I found your blog post titled BEEF STEW, and could not believe my eyes, your cow was the thinnest cow I have ever seen that survived giving birth. I read back through your blog and saw that this particular cow had been getting out for some time. Electric fence is a great deterrent to that behavior, as is having adequate feed available for livestock.

I am not saying this to be mean, but to help you in case you ever decide to try a family cow again.

Your cow fell because of depleted body condition and maybe injured yourself. Shame on your vets for charging you for service calls & not telling you to simply feed your cattle better.

A good place to get help for free with family cows is the Keeping A Family Cow message board. The people seem to be helpful and knowledgeable.

Again I am sorry for the loss of the cow, and hope that you take this advice to heart and don't think I am being mean.

I'm so sorry you lost your Jersey. We lost our Jersey's calf in Dec., and it was a heartbreak for us as well. I guess that is the hard part of farming. I may develop a thick skin with some farm events, but not when it comes to losing animals.

Steven,
I really appreciate your taking time to share your heart with us. I admire that! I do not see you as mean at all. We talked a lot to our vet about her weight. We have fed all of our cows a great deal this year, but the jersey was always skinny. Our other cows look great. The vet said her muscle tone was very good, but she was thin. After giving birth, we did have a worm test run on her, and she did end up having worms. He said that it wasn't a bad case of worms, but we treated our other cows as well. This probably contributed to her thinness.

We do use electric fencing. What happened in our case is not because we have bad fencing, but because we have bad wind issues which gave us fence issues. The wind on our farm is unbelievable during November through April. It blows so hard that we almost always have trees blown into our fence that seperates our cows from our neighbor's. This past year was the worst we have ever seen. We have had multiple large pine trees blowing down our fence. That was the issue with escape of the cow this past year.

The first time she got out to our horror. We didn't realize that she was walking herself back and forth until she had already givn birth. That was our critical mistake. We had no idea that a 9 month old jersey cow could get pregnant! We believe that both of these early births did contribute to her untimely death, and yes, we are heartbroken about our mistake. It has haunted me and made my heart very heavy. We have learned a great deal over the past few years, and we won't be making those same mistakes again. I now know good and well a 9 month cow can get pregnant!

Sunday night at dark, she was perfectly normal. She had no signs of anything being wrong with her. We have been feeding her a 16% dairy feed for her pregnancy and birth. Of course she was also eating hay at will. We also give our cows minerals. We believe that she came into the barn where she sleeps and stumbled. She had caught her horns under an elevated feed trough that was sitting by the barn wall. She had fought hard to remove herself, but her horn was caught and no amount of effort would release it. My husband ended up cutting off a part of our barn in order to get her horn unstuck. We had two vets, and each believed that she did nerve damage when she was trying to free herself. Perhaps if she hadn't had two births at such a young age she might have recovered from her injury better.

I hope this explanation gives you a few more details that I didn't take time to post earlier. Again, I appreciate you taking the time to help us out by giving us information. I will be checking out the forum you suggested. I am always on the lookout for good sources of information. Thanks again.
grace and peace,
julie

Lynn,
Yes, this is the part of farming that breaks my heart and gives me sleepless nights. I always replay it in my mind. Thanks for your conern!
grace and peace,
julie