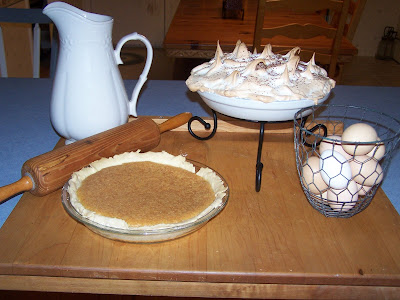 I was glad to see that from the comments from yesterday's post that most of y'all are planners. I really liked the idea of cooking the extra turkey the day before, and having it ready to serve the next day. I may just do that very thing this year. That was a great idea! Another decision I made during my planning session was I decided to stream line my desserts a bit this year. Since I am making a large dinner Wednesday evening, I will have several desserts offered for that. The desserts that I am making Wednesday are all make ahead desserts. I knew that some of those desserts would still be available for our Thanksgiving meal. I also have to have a birthday cake for our son's 16th birthday that is on Thanksgiving. I decided that this year I will skip some of the usual pies that I serve for Thanksgiving dinner. I will just make pecan pie and pumpkin pie. I am certain that we will have more than enough dessert so it should all work out fine.

Thanksgiving breakfast can be a bit of a challenge for me. I know that everybody will still want breakfast so I have made a plan for that as well. I have decided that we will eat finger foods for breakfast. I will have pumpkin muffins, chocolate bread, and banana bread tucked in my freezer. All I will have to do for Thanksgiving morning is have those items thawed out and tucked into some pretty baskets just waiting for everybody to have breakfast. I will cook up some sausage pinwheels for those who don't like sweets for breakfast. Just add coffee and tea and I will be ready to go. Since we eat our main meal in the early afternoon, I think everybody will have enough to hold them over until then. 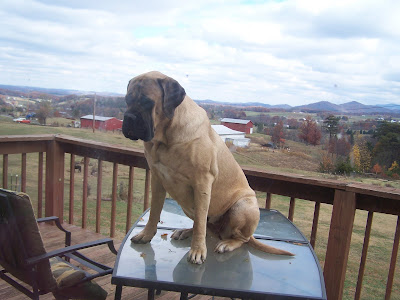 I would love to have the space to set up my Thanksgiving table before hand. I have visions of beautiful tablescapes, but that isn't the world where I live. We have one large table and I will have the folding tables set up to sit the extra people. I REALLY wanted to have all the food placed on the tables instead of doing it buffet style. However, that is considerable more work so I will continue with the buffet line for this year. It works out well so I won't complain.

Posted by TnFullQuiver at 12:20 PM

Haha, you might have a bit more space for food if Missy wasn't parking herself on top of one! (haha, just kidding...that's your patio table) ;)

We have to do buffet also. It seems to work better that way. After we eat, I set all the desserts on a card table covered with a pretty table cloth.

we do buffet style as well, it and I missed your friday post but I am also a huge planner, mine is already made out as well, I love lists, they keep me all together, lol