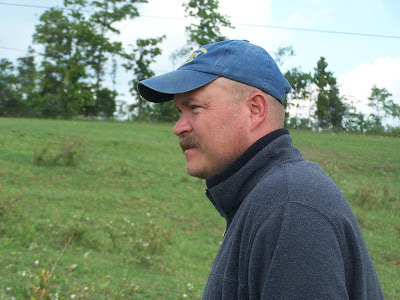 I mentioned in an early post that I had to use "the trump card" on Michael to make sure that my little house lamb wasn't eaten or sold as meat. I have had several questions asked about a trump card so I thought I would do a post about marriage and trump cards today.

First, I don't know if this is a principle that works early on in marriage. Michael and I have been married almost 22 years and we know each other well. In our early days of marriage, I tried to use manipulation to get what I wanted. In my teen years, I wouldn't have called it such a thing, but that was exactly what it was. As with most young married couples, Michael was eager to give me anything I wanted, and I was just as eager to please him. By year two, both of us were getting a bit weary in well doing. Often times the thing I wanted was the opposite of what he wanted. We each had to learn give and take like no other time in our life.

Over the years, our love for one another grew to the point that we learned to walk in the principle of "your good at my expense." The days that we both carry out this principle all is well in our world. Each of us is looking out for the other's best interest and we both are blessed. There are times that we each extend the other a little extra grace. For instance, Michael doesn't have a personality until after 9:00 a.m. I know this and give him liberty in this area. He knows I get whiny at night, and he overlooks this on my behalf. He has always been the one to give our children a nice bedtime experience. I on the other hand, shove them in bed and threaten them with their life if I see them again before 7:00 a.m.!

I have spent many years with this man and he knows beyond a shadow of a doubt that he can trust me with his heart. I too know that he loves me and he would give up everything in the world for me including his life. In our marriage, we always discuss a matter together. If we can't decide on which way to go, then we go with his decision. He doesn't lord that over me. It is a Biblical principle that we have always used in our marriage, and it works. If I see him doing something that I think is against the will of God, I talk with him about it and pray all the more. Then there are decisions that REALLY aren't that major, but it may mean more to one of us.

This is where Angel the house lamb comes into the picture. I am very attached to this little lamb. I have come to see her as a pet. Michael looks at her as a sheep...a money maker. On a sheep farm, a sheep either has babies or is sold for meat. Either way, they are here as income. I understand this principle. I agreed to it. I know full what happens to sheep on a sheep farm. I make sure I don't mess with the little boy lambs because I know their final destination. I cuddle the girls who I know will stay on this farm and have more babies to enlarge our flock. I agreed to save Angel on the fact that she was a girl pure and simple. My heart strings became attached to this lamb, and I almost panicked when he talked of serving her at the Easter Dinner table. I then remembered my trump card. I looked at him and told him that it meant a lot to me for this lamb to grow up here and remain on our farm and not in our freezer. I told him I knew that it wasn't the best farm decision, but I cared about her. It was IMPORTANT to me, and I knew that because it was something important to ME it would also be important to him. Of course, he granted my request and has teased me all along. He tells me with a sly grin that all he has to do is switch ear tags and I'll never know the destination of my little house lamb. Yea, right. She is the one who follows us around like a dog and baaaas at us every time she sees us! It has become a game between me and him teasing about this little sheep. He couldn't have bought me a $10,000 diamond ring that would have meant more to me. He heard my heart and he did what I asked solely because it was meaningful to me. Now, that is what I call love in action.

I want to make sure that you understand the trump card isn't to be used as a manipulation tactic or as a lie. It is solely there to be used as a "just because you love me" card. Think of it as a "get out of jail free" card in the game of Monopoly! I don't use it very often. Truth be told, in our home there isn't much need for me to use it. I have used it upon occasion in an argument when I know Michael is right in theory, but my heart was hurt none the less. It always works because he values my heart more than his own. I know this full well, and I would never want to do anything to manipulate the man that I love so much.


grace and peace,
julie
Posted by TnFullQuiver at 6:40 AM

this was and is a "touche" moment. i never believed in "as i said in earlier post" hiding new clothes in trunk until "he" leaves or whatever and this is what over half of ladies i know do and was always perplexed over this. i would not have done that before i became a christian and definitely not one now as a christian. adam and eve did cleave together before the lie and then had to extra hard after the lie so how much more when you add "little white lies" as you go along? you put the analogy together so romantically but practically put. again "touche". i'll remember this when i do get married!

It's so lovely to hear about a healthy marriage! It sounds like you both have a lot of love and respect for one another :)

It reminds me of a quote I printed out from your blog a long while ago and it's still taped to the bottom of my computer screen as I sit here and type:

"Are you willing to drop your ball for the person you are married to? Are you willing to lay down YOUR desires, YOUR dreams, YOUR wants for your spouse? Ask the Lord to help you in the areas that you need help in letting go of your will. He may just surprise you!!!"

Such a beautiful post and worthy of being repeated over and over again. The best way to turn our husband's hearts away is to manipulate them. But with much love and time, what once was manipultation becomes tenderhearted love and adoration.

I love the post! Such sound advice, and very timely just before Valentine's day!

What a great team you are! And a very cute couple!!! Glad that Angel gets to enjoy the green pastures and her "people".

Kay,
Thanks for the comment! I have worked hard to always be honest with people and above all my husband. Building a strong marriage is hard enough without complicating it with lies and distrust.

Kristen,
Michael and I have been blessed with a beautiful marriage. We have worked long and hard and prayed much, but it has all payed off in our marriage.

Teri,
Very well said. I agree with all my heart!

Paige,
Thanks. I hope things like this can help those of you just starting out in marriage.

Ashley,
I am sure lots of Angel the house lamb pictures will be showing up on the blog for years to come!

Andrea Cheri,
You have know idea how much your comment meant to me. Thank you for taking the time to tell me. I really appreciate that.