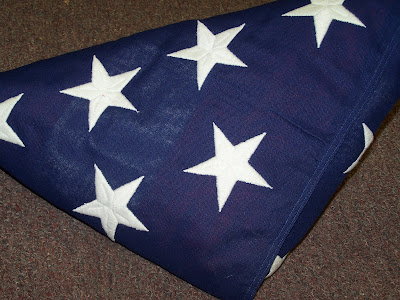 WASHINGTON, March 16 /PRNewswire-USNewswire/ -- The leader of the nation's largest veterans organization says he is "deeply disappointed and concerned" after a meeting with President Obama today to discuss a proposal to force private insurance companies to pay for the treatment of military veterans who have suffered service-connected disabilities and injuries. The Obama administration recently revealed a plan to require private insurance carriers to reimburse the Department of Veterans Affairs (VA) in such cases.

"It became apparent during our discussion today that the President intends to move forward with this unreasonable plan," said Commander David K. Rehbein of The American Legion. "He says he is looking to generate $540-million by this method, but refused to hear arguments about the moral and government-avowed obligations that would be compromised by it."

The proposed requirement for these companies to reimburse the VA would not only be unfair, says the Legion, but would have an adverse impact on service-connected disabled veterans and their families. The Legion argues that, depending on the severity of the medical conditions involved, maximum insurance coverage limits could be reached through treatment of the veteran's condition alone. That would leave the rest of the family without health care benefits. The Legion also points out that many health insurance companies require deductibles to be paid before any benefits are covered. Additionally, the Legion is concerned that private insurance premiums would be elevated to cover service-connected disabled veterans and their families, especially if the veterans are self-employed or employed in small businesses unable to negotiate more favorable across-the-board insurance policy pricing. The American Legion also believes that some employers, especially small businesses, would be reluctant to hire veterans with service-connected disabilities due to the negative impact their employment might have on obtaining and financing company health care benefits

As a wife of a veteran and a long time supporter of the military, I find this unacceptable. Haven't the wounded given enough of themselves to our country? Should they require to give yet again? If Michael were one of these wounded veterans, we could not have the self employment insurance that we carry now. There is a cap on the amount that they will pay out. This is the insurance that we can afford, and to help keep our cost down per month, we also carry a large deductible amount. An already wounded veteran wouldn't have this option. He would be forced to pay large monthly bills just to have health insurance! Did I mention that we got our insurance based on the fact that we didn't have any major sickness or diseases? Do you really think that an insurance company is going to be willing to give insurance to a veteran with a pre-existing condition?????

I too believe that if a wounded veteran comes back from war and is looking for a job, small business employers will not be interested in hiring that veteran because they will not want to pay for the health care required. Now our wounded veteran can't even find a job because he is a liability from the very beginning!!!

This plan sets up our veterans for failure after their time of service. In my world, the veterans should get to go to the front of the line for their service that has already been given to all!!!

I'm a vet. My husband is a vet. The elected president is not a vet, but his wife says she is very concerned about military families. Yeah, right.

Lizbeth,
It sure is easy to tell people one thing and do something totally different! With my sons fast approaching the age to serve our country with military time, I would advice them to rethink their notions. God forbid they were to be injured in the line of duty, they would be pentelized for the rest of their life under this type of "care". A heartfelt thanks goes to both you and your husband for the time each of you served. We do appreciate and understand the sacrifices made.
grace and peace,
julie

people were not listening when they voted for obama and i am speaking specifically veterans that voted for him. he said he was going to do this but he added sugar and creme with it when he was talking about national ins, blanket policy.

i agree 150% with all your thoughts but they just were not listening. he has done or begun absolutely everything he said he was going to do. he hid nothing?

kay,
You are so right.
grace and peace,
julie