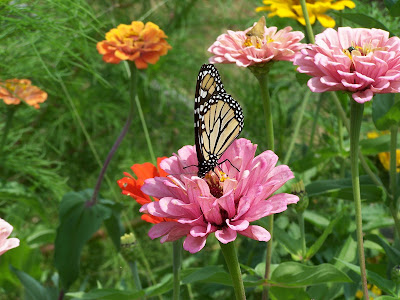 This morning I awoke looking forward to my day at home. I had my own plans and agenda, and it was a good one! I would continue with the cleaning of the upstairs and then move to the dreaded downstairs. The downstairs is where all the men children live. It is a mess, and I hate cleaning down there. If the men children weren't bad enough, the big English Mastiff also spends much of her time down there as well. I was planning on making homemade chicken pot pie for dinner. I thought perhaps I could make two and share one with a family who is fighting sickness right now. As I was headed to take a shower, I stopped to pour me a cup of coffee. Then I saw it. I knew I had a choice to make. Matthew took off and left his book bag sitting on the kitchen floor. He is half way to college this morning. I knew he had three tests tomorrow and is a bit stressed. He planned on spending the whole day studying. He had even made arrangements with a friend to spend the night so he would have more study time. I had a choice. I could lay down my wants and desires for the day and do something to benefit him or I could make him come home and take responsibility for his actions. I knew instantly which one I would choose. I called him and I could hear his disbelief of not being prepared. He was quiet, not wanting to ask me to drive a two hour round trip to return his bag. He didn't ask, but instead I offered.

As a mother, I have to make wise decisions concerning my children. I knew this morning that Matthew just made a mistake. He was up in plenty of time. He was being responsible. He just forgot his bag. I haven't always been able to say those things about him. There was a time that I would not have driven 10 minutes to return his things because he wouldn't take responsibility for himself. He would just let me do things for him instead of doing them. When I realized where he was at in life, I told him that I would no longer bring stuff to him. If he was unprepared, then so be it. He learned some hard lessons during that time in his life, but guess what...he grew into being a responsible young man.

This morning I knew what helping out my son would mean for my day. I counted the cost and realized that people are more important than things or even a clean house. As soon as I offered to bring his bag to him, I heard his heart in his voice. He was relieved and thankful. I think he was also surprised. I don't share this story with you to make myself sound good. I am not. As a person, I sometimes get locked up with wanting my own plans. I know the Lord calls us to lay down our life for Him. I know that the Lord pricked my heart this morning to lay down my wants for my son. I think it easier to do that for others that are outside of our own family. If my neighbor had needed me today, I wouldn't have even taken the time to count the cost. I would have just said a wholehearted "yes". I often forget that my ministry is to my family as well. So with a blink of an eye, my plans for the day were changed... and it is o.k. I know that I am being obedient to the Lord and with that comes much peace.


Posted by TnFullQuiver at 8:00 AM

That's sweet and I'm sure your son is appreciating you right now:)Enjoy the rest of your day, the cleaning will be there tomorrow!

Carmen,
It turned out to be a lovely day. Since I was fairly close to my husband's work, he came out and met us for lunch. I never get to share a workday lunch with him so that was quite a treat.
grace and peace,
julie