Confession: We are Failures at Raising Chickens 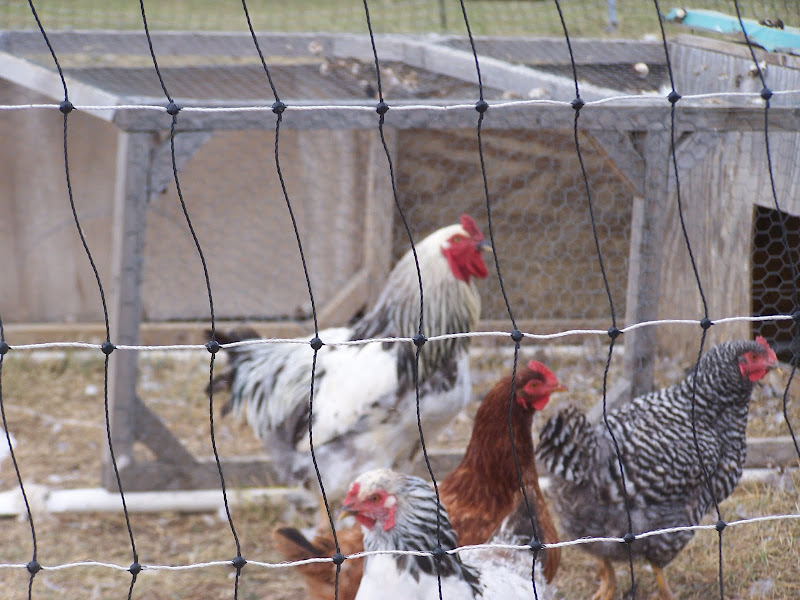 I love chickens. I think they are one of the greatest farm animals on the planet. They are relaxing to watch, and they are great bug eaters. I love their eggs, and most anybody can raise chickens. Well, that is what was said in the "Hobby Farmers" magazine)! We used to be able to raise chickens, and then we moved to this farm. That was the end of our chicken raising...it has all been down hill from here. In the past, we have always been able to free range chickens. Not here, there were just too many problems for us and the chickens. We bought a very expensive poultry netting to keep the chickens contained. It worked great because they still were able to free range, but we could keep them protected from predators. We had our issues with our poultry netting. First, it took an army to move it in order for our chickens to enjoy fresh grass. During our drought, it was almost impossible to move it because we couldn't get the poles stuck in the ground. Then we had wind issues which nearly destroyed our expensive poultry netting. Michael decided to build a chicken coop, and allow them to free range during the day and be locked up at night. This is what happened to our last batch of chickens...all 25 of them. We put them back in their coop and something crawled in at the roof and killed them all. We still don't know what the something was. We only have two surviving chickens. They were the naughty chickens who wouldn't go into the coop. I guess they were really the smart chickens of the bunch! In the last year, we have lost over 40 chickens to a predator of some sort. Of course, the predator waited until I had spent time and money getting the chickens close to maturity. I was already counting the days until the first eggs would arrive with this last bunch of chickens. We were close...very close to having fresh eggs once again, and then wham, bam, all the little chickens were dead. I am wanting to try again. Maybe just one more time. This time I think I will just let them live in Michael's shop!!!!

grace and peace,
julie
Posted by TnFullQuiver at 1:20 PM

The Hill so Green said...

I would think a weasel, very blood thirsty animals. Very few other predators will kill just for the blood. What kind of damage was done to the chickens, neck and breast wounds?

we love chickens, we had about 25 and 3 turkeys, let them run all day and pinned them up at night but one night we forgot...the next day it looked like it snowed chickens, dead little chickens all over the yard but for one scared chicken running wild all around, we're hoping this spring to get some more, nothing compares to those fresh eggs and I just love to hear their clucking...good luck with your next ones :)

Yeah... I'd have to agree about the weasel. Other than dogs running wild, there's not too many animals that will just decimate a flock and not eat what it kills. Google Themodernhomestead.us and look under poultry, then predators, then the article titled "in the shadow of the hawk.". The writer lost nearly his entire flock of chickens in one night despite them being "safely" locked up in the barn. I hope you all try again--and that you catch some weasels in theman time! (oh and that's a really good chicken resource too!)

The Hill so Green said...

How many chickens? Nothing left but feathers? Did you find any paw prints in the dust? It sounds more like coyotes now, or wild dogs. But thinking about them coming in through the roof I would have discounted them. I think I would use my last chicken to bait them back to the chicken pen. From what I remember that was a very secure enclosure. If you can figure how they got back out and turn the whole thing into a trap. I know you have the firepower to eradicate a few coyote or dogs. I don’t know if you noticed my chicken pen but I had to make it dog proof in order to even have chickens. My problems were domestic dogs. In any case ever what it is are now probably checking you out every night. Another idea would be to put up one of the game trail cameras to get a picture of the culprit. Once you know what you are dealing with the easier it is to deal with it.

On another topic how is the job thing going? Have you made a decision yet? If you get up this way I bought a sampler pack of cigars and have cold beer in the refrigerator. I had surgery last Friday so I’m stuck here for the week “recovering”.

Christ’s Peace to all