A Letter to a Childhood Friend 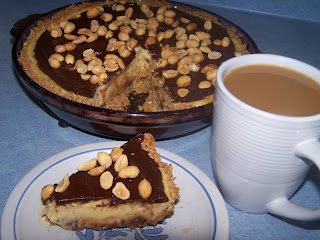 We grew up across the street from one another.  She was older than me by 11 months and 1 week.  I loved the week when I too turned her same age.  I rubbed the fact in like salt in a wound.  Apparently neither one of us really understood the concept of age or time.  We spent many days playing Barbies or babies together under the shade of her large oak trees.  We drew hopscotch squares on the street and competed to see who could throw the rock the best and reach the number 10 first.  We played Chinese jump rope together.  I was standing in her living room the day I saw my dad carry out a bundle and place it in his trunk.  I knew that my beloved German Shepherd had died.  She comforted me as I cried.  She was a year ahead of me in school.  She made the band and became part of the color guard.  I wanted that position so bad, but I wasn't quite coordinated enough to master it.  She spent hours helping me learn the routine standing in the same road that we grew up playing in.  We moved on to college and became roommates in the dorm.  Shortly there after, I got married and moved away from our neighborhood and our college dorm.  I went on to birth three boys and she moved away to make her mark in the big city.  She too eventually got married and had a baby girl 11 months and 1 week before my baby girl was born.  Although we don't live next door to one another, our girls have found a friendship.  The girls would both be visiting their grandparents during the holidays and quickly found a friend in each other.  They too play under the shade of the oak trees that remain in her childhood yard.  They too play in the same road that was our domain so many years ago.

Last summer my daughter went to her house and spent a week.  This summer her daughter came to our home.  What a special treat to see our two girls being together.  What a treasure it was to be with a child that reminds me so much of a childhood friend, and to get to know her.  What a pleasure it was to have her daughter snuggle up with me on the couch and let me scratch her back and just love on her.  Thank you for the best gift of time with your children and time with you.  Thank you for loving me with all of my faults.  By the way, I am sorry that I stole your boyfriend so many years ago.  Neither one of us wanted him in the end so it worked out, but I am sorry that I hurt you then. It is one of many regrets of my teenage years. I forgive you for telling me that there was no Santa Clause, tooth fairy, or Easter Bunny.  I also forgive you for telling me there were alligators living under my bed.  By the way, I still sometimes check under my bed to make sure all is well when I am home alone.  I think of you each and every time.

There is something very special about having a friend that has grown up with you, seen your good and bad, lived the same childhood history as yourself.  As she was standing in my kitchen this time, she asked me about the lunchbox that was on top of my cabinet.  Her dad also carried one like it to the mines.  She too has the same memories of a father coming home smelling of coal dust. Then ever so quietly she said, "I miss seeing him get out of his truck, carrying his lunchbox."  I too miss my dad, but no more words were needed between childhood friends.

grace and peace,
julie
Posted by TnFullQuiver at 12:58 PM

I am glad you have a friend like that. How cool that your daughters are the same age apart that ya'll were. This post made me cry.

That was beautiful and brought back so many memories for me. I had a best friend that was 11 months older than me too. Sadly she and I don't talk anymore. I got pregnant way too young and she moved across the country. I'm only a state away now but I don't know where she is. : / Thanks for sharing <3