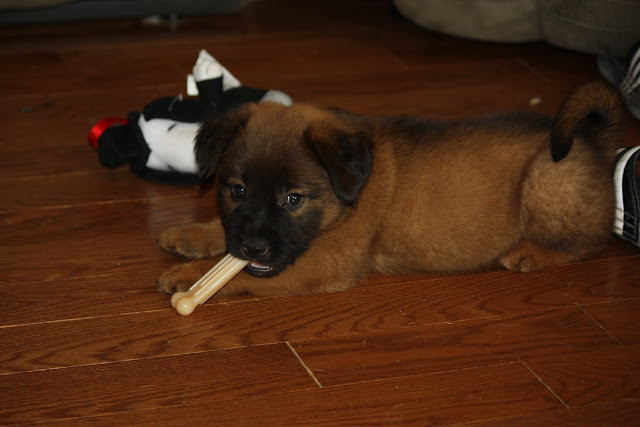 I would like to take this opportunity to introduce you to the newest member of our family, Lynryd.  (I didn't name him. There is a story with his name.  I also didn't bring him home.  There is also a story with that, just in case you were wondering).

Josh, our future Marine that will be leaving in 6 weeks, came in the other evening with this puppy.  He gave it to his siblings and told them it was a gift from him.  He looked at me and smiled.  I glared back at him and told him he better start talking and fast!  He explained that a girl talked him into going to the pound with her.  They were putting puppies to sleep because the pound is so full of unwanted dogs.  Josh and Morgan picked out this little tyke and brought him home.  They both were counting on Michael and I saying, "Yes."  As you can see, he was right. 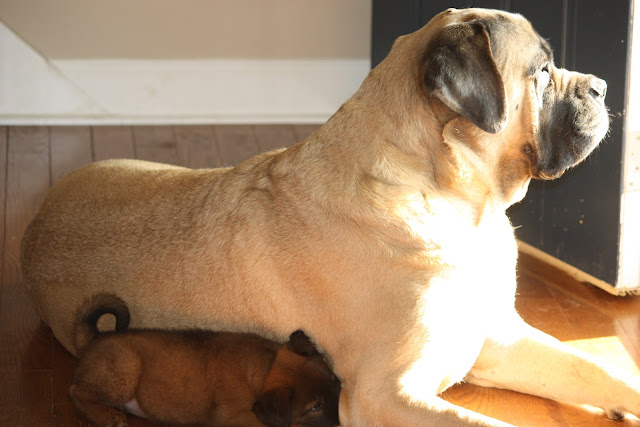 Missy has enjoyed his company, and the little guy is always with her.  She allows him to pull and bite her lips, neck, and belly.  I am amazed that she is so gentle with him! 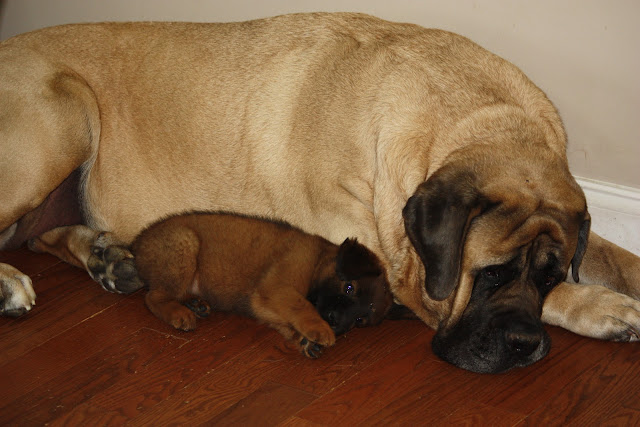 When she has had enough of him, she takes herself upstairs and goes to bed in our room.

Josh named him Lynryd because his best friend was suppose to get the puppy's brother and name him Skynyrd.  Then there would be Lynryd Skynryd.  However, the other kid decided to ask his mother before bringing the puppy home, and she said, "NO!"  Now we are just stuck with a very cute puppy with a very bad name!


Posted by TnFullQuiver at 1:29 PM

Cute cute puppy,but Missy still has my heart:)
Have fun with all the training.

Awwww, lol, HOW ADORABLE!!!!!!! Missy makes a fine mommy to her newly adopted:D I can see how you would have a hard time saying no;)

Bernice,
Missy still has my heart too. She has each more and more each time I see her with this puppy. She is wonderful.

Carmen,
Hope you enjoyed your trip. No, was not part of my vocabulary where this puppy was concerned. I am falling in love with him.